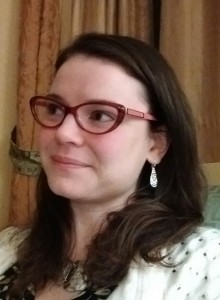 When I attended my first ALA Midwinter in 2009, I was still a brand new Interlibrary Loan Librarian, so new that I didn’t even know what I needed to know – although I knew I needed to know more. Thankfully, at that conference I discovered the RUSA STARS ILL Discussion Group. I remember taking frantic notes at that session; as practiced ILL librarians discussed topics ranging from software and scanners to copyright and licensing, I just did my best to write down all the acronyms so I could look them up later. Since then, the ILL Discussion group has become one of my conference mainstays. It’s always a great source of information about what’s happening in resource sharing, and a good place to ask questions (and get answers!) from some of the best. This year, the ILL Discussion Group marked the 10th anniversary of the creation of the Task Force for Qualifications for Interlibrary Loan Operations Management by discussing RUSA’s Guidelines for Interlibrary Loan Operations Management.

In 2006, the RUSA STARS Executive Committee convened the Task Force for Qualifications for Interlibrary Loan Operations Management. The group was charged with creating a set of recommended qualifications for Interlibrary Loan managers, as well as with recommending guidelines for the “hiring, training, and maintaining the skills of” said managers. At the ILL Discussion Group two of the original task force members, Susan Lieberthal (Suffolk County Community College) and Sue Kaler (Massachusetts Library System), gave a short presentation detailing the research done by the Task Force back in 2006. This included a poll sent to ILL departments, in which respondents were asked if an MLS ought to be a required qualification for an ILL manager. The results from this poll showed a slight majority (52%, out of 598 respondents) felt the MLS ought to be required. Surprised by these findings, the task force determined that their results may have been skewed by the phrasing of the question – which described ILL managers as “running” an ILL operation, rather than “supervising” or “overseeing” – and by the manner in which the poll was distributed – directly to the emails used to contact ILL departments. The distribution method turned out to be particularly problematic, as it likely excluded from the pool higher-level supervisors and library administration. To counteract this problem, the poll was separately distributed to library directors in the SUNY system, a group which, it was felt, would be representative of library directors throughout the country. The question was also rephrased, replacing “running” with “supervising.” Results from this second poll showed respondents overwhelmingly (70%) in favor of an MLS as a requirement. These results informed the creation of the guidelines, in particular section 5.1, which states that oversight of ILL operations should be given to someone holding an MLS.

Following the brief presentation, the floor was opened to discussion about the guidelines. The exchange initially focused on work now underway in STARS Executive Committee to develop a list of core competencies for work in Interlibrary Loan. The goal of this project is to create a document that will serve as a description of the skills needed in an ILL shop. The plan is that this could eventually be used by ILL practitioners both as a hiring and training tool, and also as a tool for outreach to raise awareness of the breadth and complexity of the tasks in an ILL operation.

Discussion returned to the Guidelines for Interlibrary Loan Operations Management, with an observation that work on these guidelines was undertaken in 2005. At this time, there was concern among the resource sharing profession about the de-professionalization of Interlibrary Loan; some felt that a trend was developing toward ILL operations managed by non-MLS staff members. However, this prediction has proved to be inaccurate. Rather, the role of ILL in today’s library is often at the intersection of many other areas of library science. A good ILL manager, it was pointed out, works closely with those involved in collection development, licensing of resources, acquisitions, and other areas. In this regard, it is particularly helpful for an ILL manager to have the background and basic familiarity with all areas of library science that comes with an MLS.

Moving to the next topic for discussion, Tim Bowen from the Copyright Clearance Center (CCC) spoke about the status of Ariel, the document transmission software from Infotrieve. Infotrieve, along with Ariel, was acquired by the CCC in 2014. At that time, the Ariel software was already badly outdated, and all Ariel expertise within Infotrieve had already been lost. Ariel, which has been replaced in many ILL operations by newer alternatives like Odyssey and Article Exchange, has not been updated since 2006 and will be sunsetted later this year. There is no official timeline as yet, but they are hoping to retire Ariel by June. Notices will be sent to remaining subscribers sometime in February.

Bowen responded positively to suggestions from the floor, including the suggestion that webinars presenting alternative products should be offered, and the point that international libraries may need special accommodations as many are not OCLC subscribers, a requirement to use some newer software.

As usual, the STARS ILL Discussion Group provided a lively exchange of ideas on topics relevant to the resource sharing profession. Once again I found myself scribbling copious notes. For folks in resource sharing, the ILL Discussion Group is an invaluable source of new information, and a great chance to hear from people practicing ILL in a wide variety of libraries.